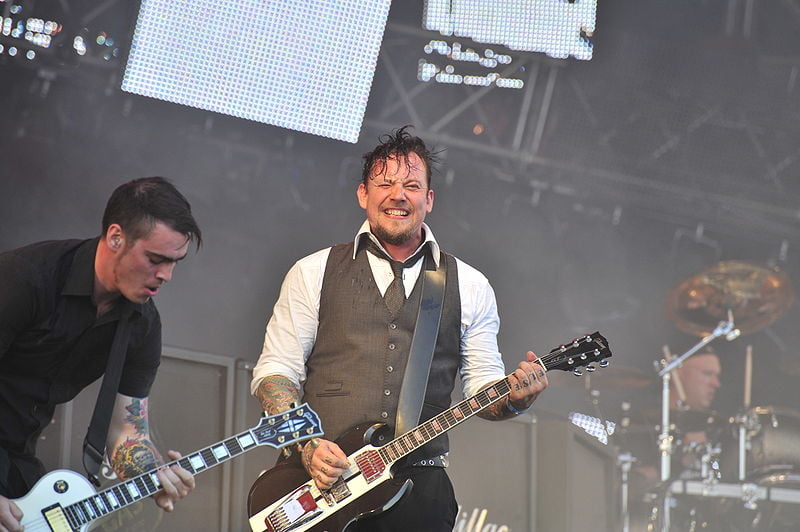 If you like Volbeat, buy your tickets for the Volbeat concert in Oslo today. This will be a great concert in Oslo, so you better be there. The concert venue is Sentrum Scene, and the concert date is October 23rd. Volbeat in Amsterdam. Oslo concerts.

About Volbeat: (source Wikipedia)
Volbeat is a Danish rock band formed in Copenhagen in 2001. They play a fusion of early rock ‘n’ roll, heavy metal and rockabilly. They are inspired by the rockn roll legends Metallica, Social Distortion, Elvis Presley and Johnny Cash. Their line-up consists of vocalist and guitarist Michael Poulsen, guitarist Thomas Bredahl, bassist Anders Kjølholm and drummer Jon Larsen. The band is signed to Dutch label Mascot Records and has released three studio albums and one DVD. All of their studio albums were certified gold in Denmark. Their second album Rock the Rebel/Metal the Devil received platinum. According to Poulsen’s stage banter in Ruisrock 2009 Volbeat has sold certified gold in two countries, Denmark and Finland. Their band name is taken from the album Vol. Beat by Michael Poulsen’s former band Dominus. “Vol” stands for volume while “Beat” stands for beat.