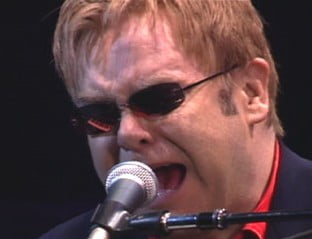 Elton John is a legend within the music business and 5th of December he will come and perform in Oslo Spektrum in the centre of Oslo. This will be an amazing concert and it will for sure be totally packed as Elton John sings and plays before an enthusiastic Norwegian audience in the last month of 2010. If you want to have Elton John tickets, check the link further down. Read more about other Oslo concerts.

If you have heard and know Gogol Bordello, you for sure would like to be there at Sentrum Scene as they perform December 3rd, at 20.00. Tickets can be bought using the link further down.

Would you like to see MGMT live as they perform at Sentrum Scene in Oslo? Their concert will be there at December 2nd, the second day of December, so this will be a great way to prepare for Christmas. Check out the tickets using the link further down. More information about Oslo concerts.

All norwegians love A-Ha, a product of their own beautiful nation. So, as A-Ha enters the stage in Oslo Spektrum December 2010 and Ulleval Stadium August 21st, it will for sure be a good atmosphere and crowded. A-Ha has had several big hits throughout history, and you will for sure hear some of these as well as you come to one of the A-Ha concerts in Oslo. The concerts in December will be arranged December 2, 3 and 4.