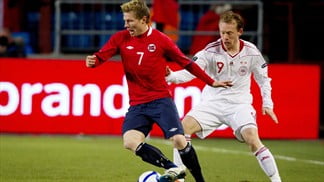 Norway will play against Iceland at Ulleval Stadium September 2nd, at 20.00. A match Norway will have to win if they want to have any chance qualifying to the Euro 2012. SO, this is important, therefore you better be there and cheer for the Norwegians! You can buy tickets for the match using the link further down on the page.

Josh Groban has an amazing voice, and no wonder that all tickets for his concerts are sold within seconds. This is especially true in Norway and in Oslo, where all tickets are sold out normally in hours. That is why you better hurry up and order you tickets from WorldTicketShop today if you would like to guarantee yourself a place in the Josh Groban concert in Oslo. The concert venue which will host the concert is Oslo Spektrum and the Josh Groban concert will be arranged there September 21st, starting at 19.30. Maybe even the composer and maker of one of the songs that made Josh Groban very popular, “You Raise me Up” will be there, as he in fact is a Norwegian.