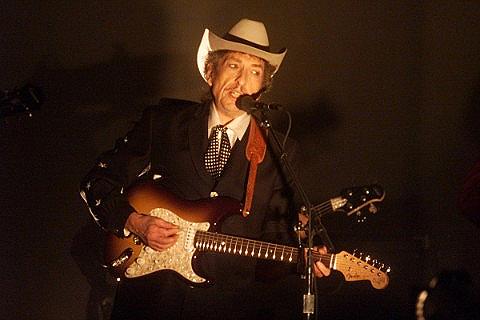 One of the most important men of pop music will give a concert in the capital of Norway, Oslo. Ladies and Gentlemen, we are talking about Bob Dylan and the date is 10 October 2013.

The singer was born as Robert Allen Zimmermann in 1941 in Duluth, Minnesota State. He was very young, when he became a music fan, he always listened blues and country radio stations. He founded several bands in high school. His music interest changed in the university, he left the rock and roll and listened American folk. He changed his name to Bob Dylan in these years, later he went to the Supreme Court in New York and he changed it officially. And then the 60s arrived and Dylan became a member of the Civil Rights Movement, his music showed the same. His next albums’ lyrics touched lots of political topics, sometimes these were pretty outrageous, but sometimes he wrote love songs too. His next album was a little bit surrealistic; he often changed the music styles and the topic of his songs.

He was the first artist who used electronic guitar in his band in front of the audience, which is one reason why he is now an important part of music history.

It is totally worth to visit Oslo to see Bob Dylan’s concert on this fall, because you could see a living legend. Have fun!